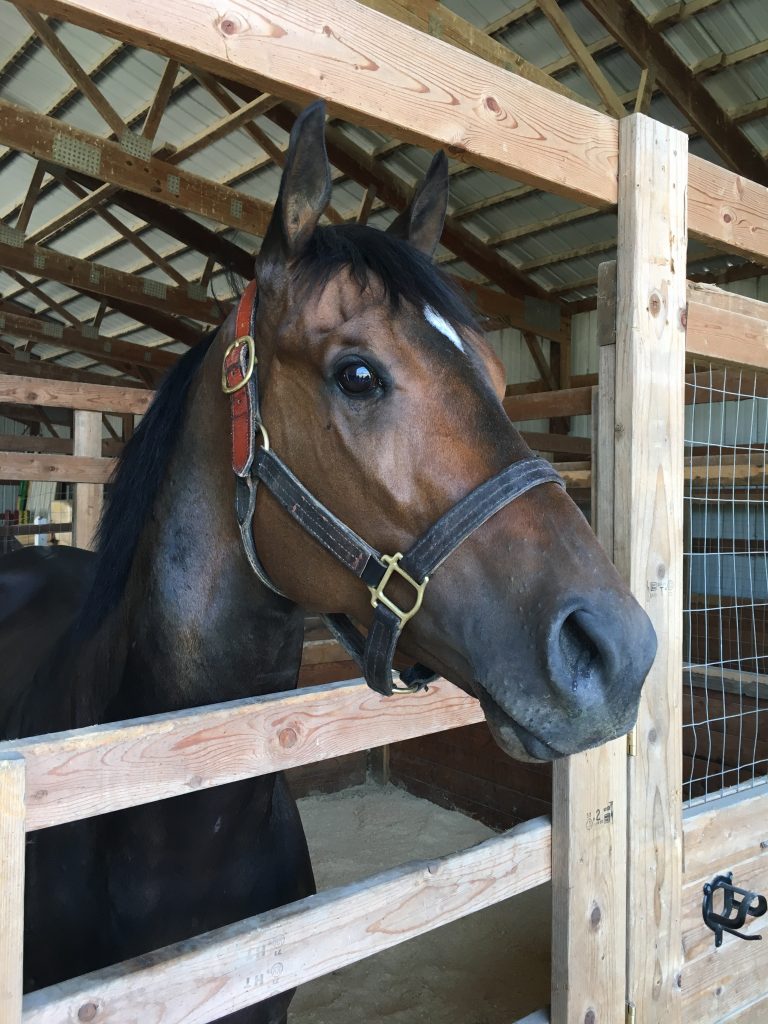 Luther D “Luther” is a handsome, Kentucky bred gelding who raced 16 times at 9 different racetracks. When a horse has been exposed to the sights, sounds, smells, and day to day operations at 9 racetracks, they tend to be pretty “chill” compared to a horse without the benefit of these experiences. We met Luther the day after he won at Prairie Meadows. The track veterinarian and his connections reported that Luther was fine in the winner’s circle and afterward in the test barn. But the next morning it was discovered he had sustained a nondisplaced condylar fracture in his left front leg. He was transported to Iowa State where he had surgery to repair the fracture. The surgery was a success and his recovery has been uneventful. You can read about Luther D’s surgery on the Iowa State University Large Animal Hospital Facebook page.

Luther has the most endearing personality and loves to cuddle. If you are looking for an “in your pocket” personality this is your guy! Luther also enjoys being active and likes playing with the geldings in his pasture like a bunch of rowdy kids. In his current herd, Luther is the leader. Come meet this handsome guy, his post-surgery recovery is complete and he is ready for adoption!