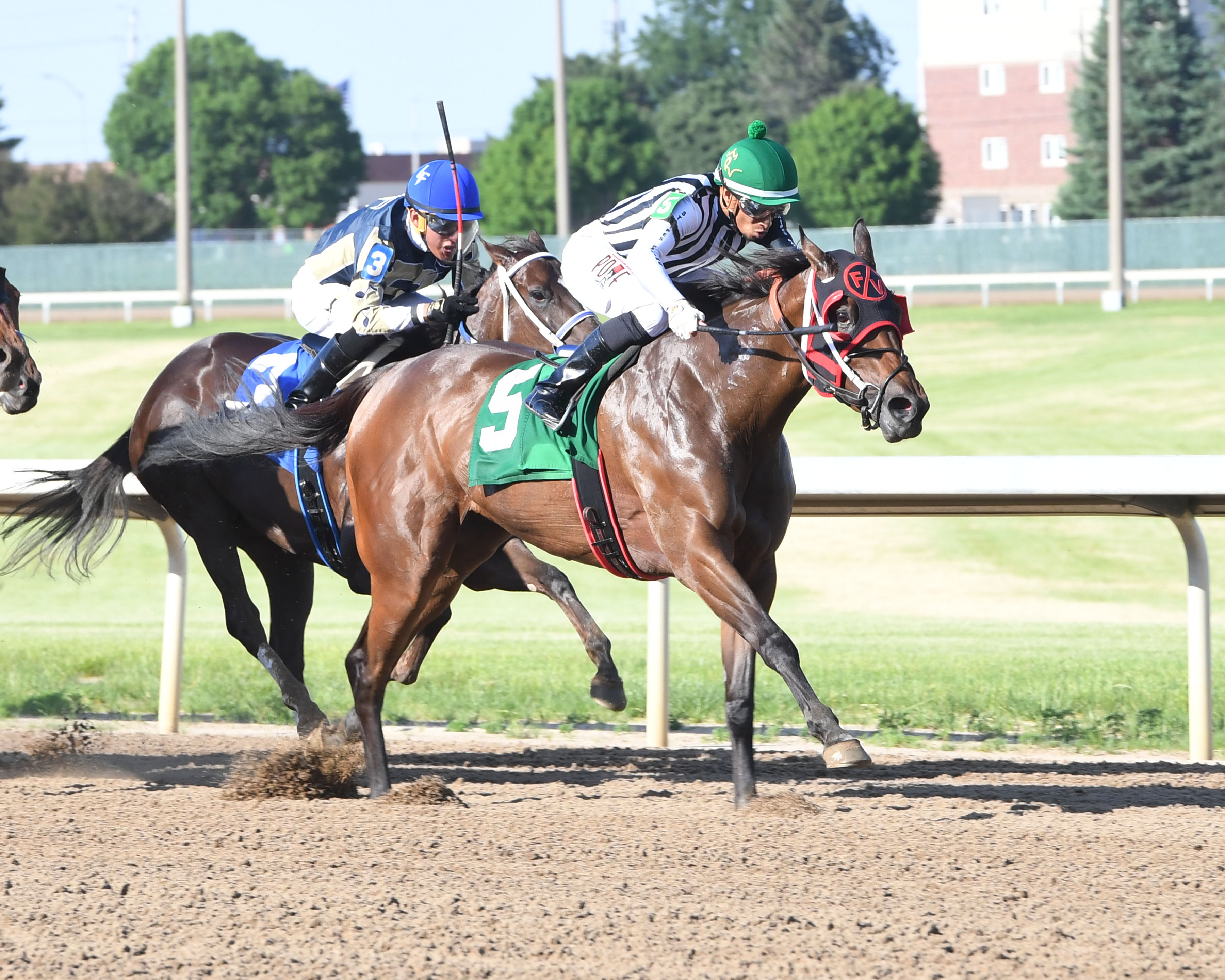 This beautiful filly is very well-bred. Her sire Sky Mesa was a grade 1 winner who sold as a yearling for $750,000 and earned $633,076 in 6 starts. Her dam sire Johannesburg was the 2001 Eclipse Award Champion two-year-old colt after winning the 2001 Breeders’ Cup Juvenile as an undefeated winner of 7 races. Johannesburg earned $1,014,585 in 10 starts.

Say It Softly earned $64,520 in 19 starts at 5 different tracks before being retired from racing due to a non-displaced sesamoid fracture in her left front leg. She came into the HART program on 6/28/2019. Say It Softly is expected to be ready for adoption following a period of stall rest as determined by our veterinarian. She is sweet as can be and enjoys attention.

Say It Softly has been adopted and is now training to compete in barrel racing at the 2020 Retired Racehorse Project (RRP) We wish them well!